In mid July Angie and I went to Birmingham. I attended the Jerry Malloy Negro League Conference. Angie hooked up with a quilting/blogging friend. 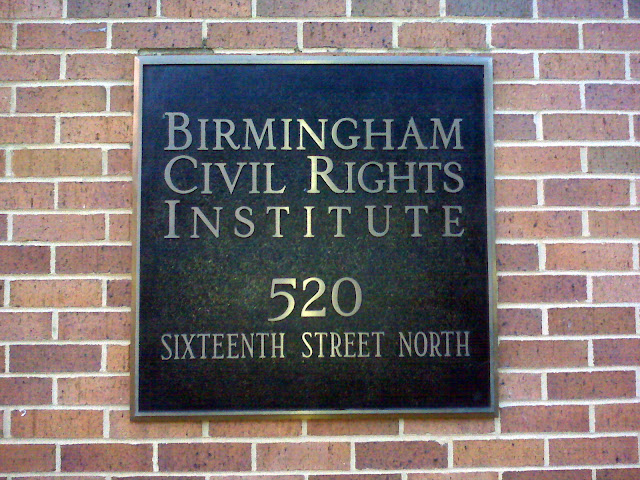 The first night was an open house meet and greet with other attendees. It was held at the Birmingham Civil Rights Institute. I was informed prior to the event that cameras were not allowed in the building, so I only had my BlackBerry. 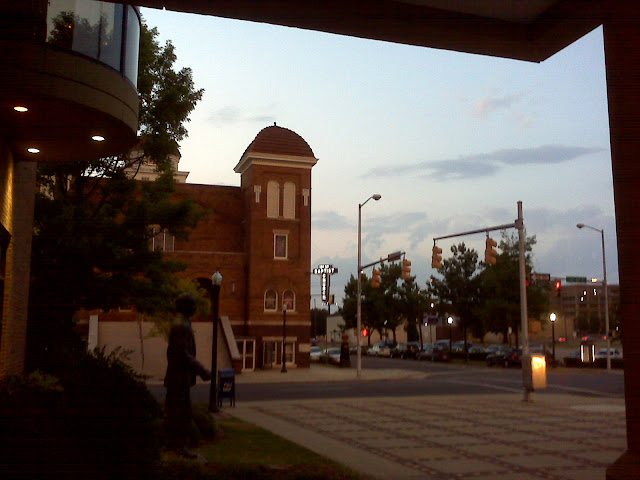 This is the Sixteenth Street Baptist Church. Regrettably it is most well known for being the site of a bombing that took the lives of four young black girls in September of 1963. 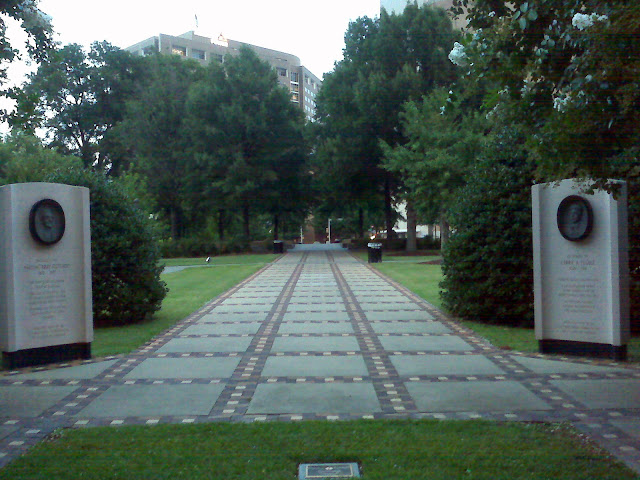 Kelly Ingram Park, across the street from the Institute. The site of several civil rights gatherings, now is tranquil, marked with sculptures to pay tribute and to remind. 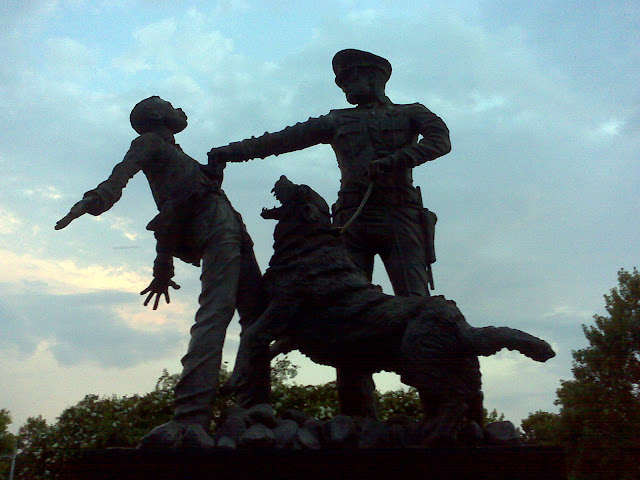 I went to the park after the meet and greet. The sun was setting, about a dozen people were at the park, some walking, some sitting. Although this silhouette is well defined, it doesn't do justice to the actual art. 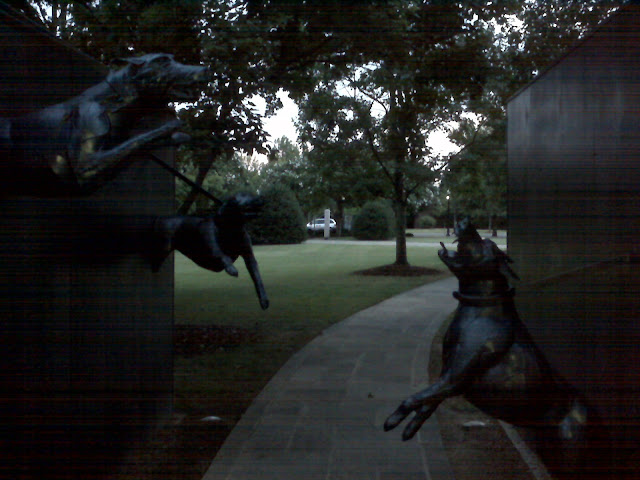 Artist James Drake's installation forces the walker to go between the dogs. Rather unsettling, but a great perspective.
We went back on Saturday, but did not walk. The grass was groomed, the flowers were in bloom. Nothing like the events of almost 50 years ago.
Posted by Mark Aubrey at 9:18 PM 3 comments: