Who was Clell Huskey and why does it matter? 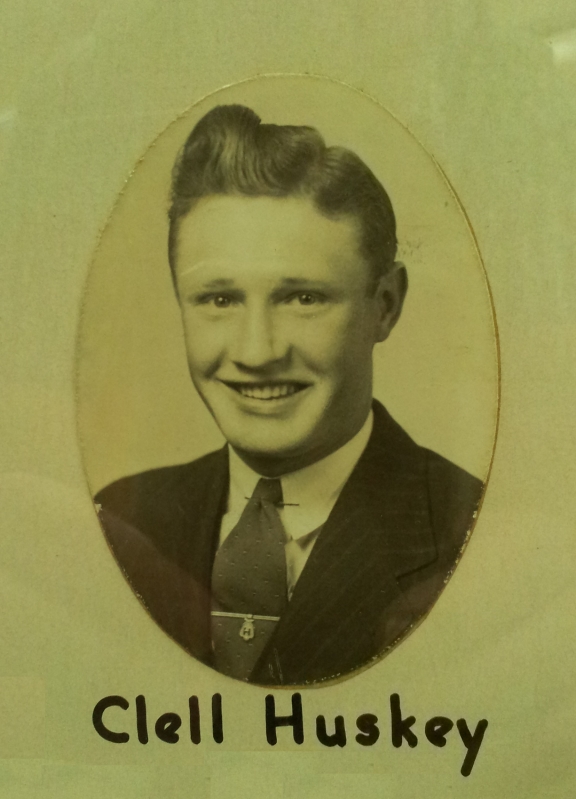 Clell Huskey was the second son of Eldridge and Louise Huskey of Sevier County, Tennessee.  Clell was born in about 1922.  His father owned his own farm.

Clell graduated as part of the class of 1941 with 29 other students from Harrison Chilhowee Baptist Academy. 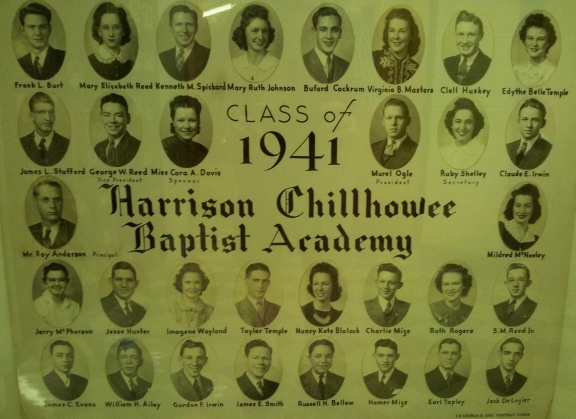 In early May of 1944, as part of the 18th Infantry Regiment, 1st Infantry Division, he died in North Africa.  He is officially listed as missing in action.  He is remembered on the Walls of the Missing at the North Africa American Cemetery in Carthage, Tunisia.  He received the Purple Heart Medal and the Bronze Star Medal. 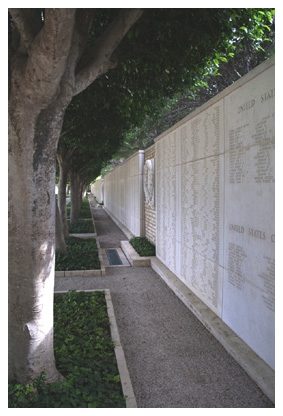 He's also remembered at The King's Academy, in Seymour, Tennessee. 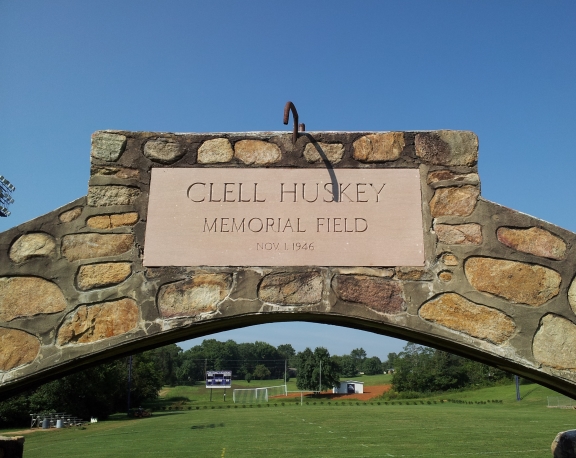 
Football was played in various places until 1947; when Huskey Memorial Field was made for a football gridiron in memory of Clell Huskey, former student and athlete who was killed in action in North Africa, May 6, 1943*.  The field was made possible by his family giving his government insurance money toward its construction.


Many young men pass through this gate on Friday nights, ready to take battle on the football field. 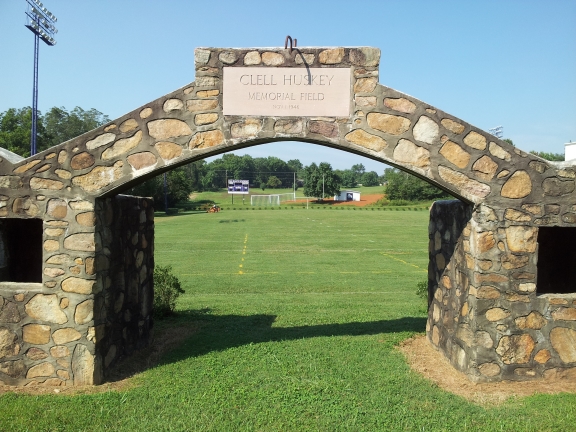 I wonder how many of them look up and know who Clell Huskey was, and what his sacrifice means to them and to all of us.

* - Mr. Hall was mistaken on the date of Clell's death.

Posted by Mark Aubrey at 1:20 AM No comments:

The Yellow Kites - another interview

It was about two years ago that I first met, and then interviewed, Kendall and Erina Ludwig. They make music together as The Yellow Kites. 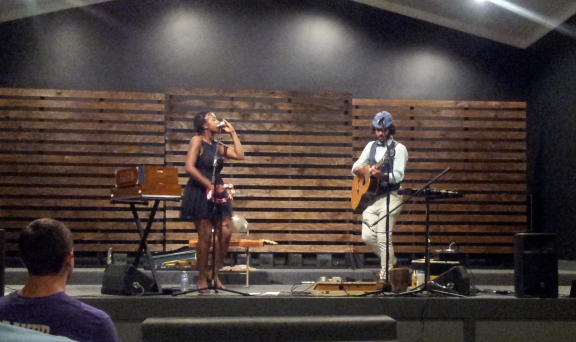 The were recently in Seymour as part of their current tour.  We caught up a bit and I fired off some questions for them to answer.

Q: You have have a new CD, Alchemy.  When you write songs which comes first, music or lyrics, or do they flow out together?

K: I would say that each song is really unique.  Some songs come in one piece and other ones we have to work a bit harder for.


Q: Several of the songs have a great visual impact through the lyrics. I'm thinking specifically of Dirge and Skipper.  I suppose that all of your songs have some personal story woven into them, some more than others.  Can you share where you came up with the imagery?

E: Dirge is definitely an example of when a song comes out with both the music and lyrics.  We were sat on the beach in Hilton Head, SC where we went to grieve and the tune and words for the first verse just spilled out of me.  We have a really close attachment with the sea now as on our last day on the island we wrote little notes to our lost baby, Francis and our best friend Jascha, put the papers in glass bottles and cast them out to sea.  So those personal stories are heavily influenced by what we experienced this year.


Q: It sounds to me the music is a bit more complex on this CD compared to your self titled CD (Iooping, electric guitar), but there is still a sweet simplicity in the vocal harmonies.  What are you doing differently?  Is this risky for you?

K: I feel as if it's coming into maturity as a band.  Our previous album had simple tales and they were told in that manner.  As life has progressed for us our story has become increasingly more complicated and yet we still try to seek simplicity in our lives.  So in that way, I don't feel this is risky for us.

E: I also think on this album we're coming more into what we're about and what sounds we like.  Music is so fascinating and we love instrumentation, probably why we keep learning new instruments!  You should see our studio!  Each instrument is like another voice and creates a wonderful throng.


Q: How long did it take you to record the CD? Any special methods to the recording process?

K: The recording process was a bit of a blur for us this time as we did the brunt of it over the July 4th weekend, but we finished it up later.  So it was like 6 days total.   That's everything - instruments and vocals. As for special methods - our house isn't sound proof (it was built in 1860) so some fireworks probably leaked into the recordings at times.

E: But we did do instruments in the mornings (our talented musician friends came in the evenings to record) and we did our vocals later on when we were more awake.  Oh yes, and we tried not to die in our non-air conditioned studio.


Q: You're about in the middle of your Birds on the Porch 2013 Tour.  Since you're driving from date to date you must be logging many miles.  You said that you've converted your diesel Mercedes Benz to run on used vegetable oil.  Are you trying to be environmental friendly or were there practical reasons?  Is this a whole lifestyle change?

K: On our previous tour we watched so much money get burned up in gas expenditure. We wanted to try and eliminate that this tour.  And in our lives in general we try to be good tenants of the earth.  We bicycle, recycle and freecycle and garden too in order to keep our costs low and take care of the world around us. So, a vehicle that runs on veggie oil was the natural next step for us.


Q: Erina, you're playing viola now.  Any formal training?  And the sewing projects (iphone cases, fabric bookmarks, coasters)... are there any areas that your creativity doesn't touch?

E: Aww you're too kind! I've always been curious about everything and making things is my favorite thing. I've learned it isn't just in making stories up, but music and yes, sewing too.  Since losing two such dear souls to us my creativity has gone into overdrive.   It was my response to all that death.  I dreamt of playing the violin (I was learning how to play it when I was little, but didn't like practicing) earlier this year and decided I would play the viola instead.  It has such resonance and is both mournful and soothing.  No formal training yet, though I am working through a Sevcik Etudes book for first position and have other books and CDs to help.  I'm going to be taking lessons with IUPUI's talented tutors when we get back.  As for sewing, it's down to Pinterest.  Also what is a touring band without killer merchandise?  So we've really upped our game this time. 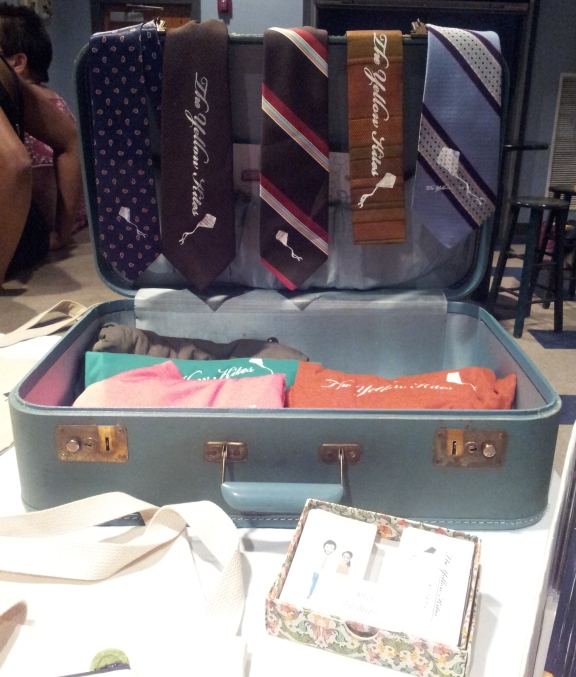 Q: What happens after the tour wraps up?  More writing?  Take some time off?  Can you take time off from music, just put the guitar and harmonium down for a week or two?

K: Great question.  Unfortunately we have to go back to our day jobs, which will actually be restful in comparison to our tour schedule.  But we'll also begin booking for our next tour and working on our third album.

E: We have several shows lined up already for September and October and we're thinking of doing a little Christmas season tour with our own arrangements of carols.  We'll have to keep you posted! 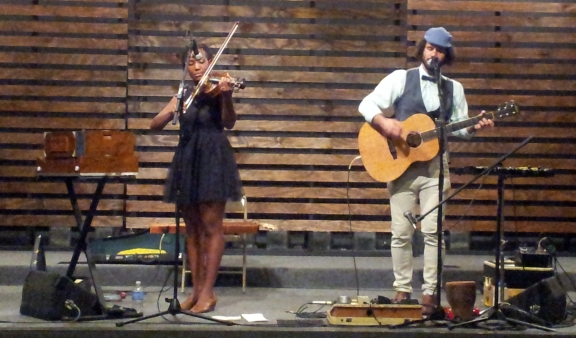 I'd like to thank Kendall and Erina for their friendship and for taking the time to answer the questions.

To learn more about The Yellow Kites you can find them at:

UPDATE: Their Mercedes Benz gave up the ghost at the end of August.  Go read more at their blog entry about it.
Posted by Mark Aubrey at 2:13 PM No comments: