Leonard Nimoy, best known for his portrayal of Mr. Spock on Star Trek, passed away today.

He was born in 1931, so the first instance of him in the US Census would be 1940.  The census has him listed as a female, the Grand Daughter of his maternal grandfather, Samuel Spinner.


He made the local paper during WWII, learning about water purification.


He wasn't just a science nerd.  He also had a thing for language.


You have lived long and prospered.  Now rest in peace. 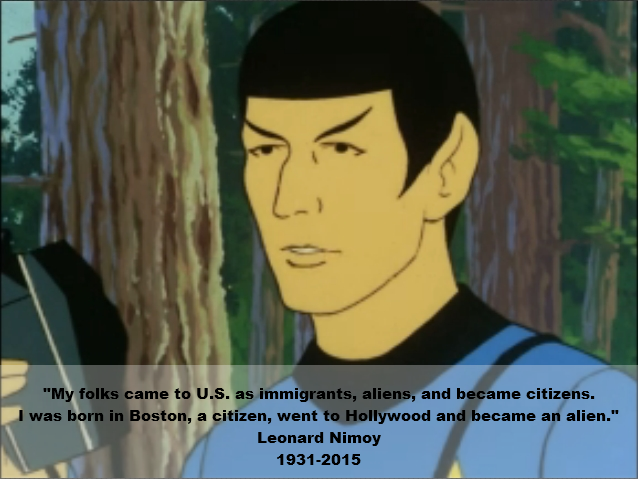 Posted by Mark Aubrey at 4:04 PM No comments:

Tape A Concert - Make A Mint

I was recently listening to Elton John's 11-17-70 and wanted to find out a bit more about it.  It was an album that performed live in a studio and broadcast on the radio.  Tapes were made into the album that was released in April of 1971.  Several bootlegs of the show were available.  Which made me wonder what they were and what the quality was.

That led me to do some research in some newspaper archives.  GeneaolgyBank.com yielded this interesting look at bootlegging from the Trenton Evening Times, June 13, 1971.  The image of The Stones' boot album is rather blurry.  I'm assuming that the microfilm of the paper was of poor quality.  I added a clear image that I found at RollingStonesNet.com.

Since the ad for Hal's Stereo Sound Center appeared on the same page as the article I thought it would be fun to look at what was available at the time. 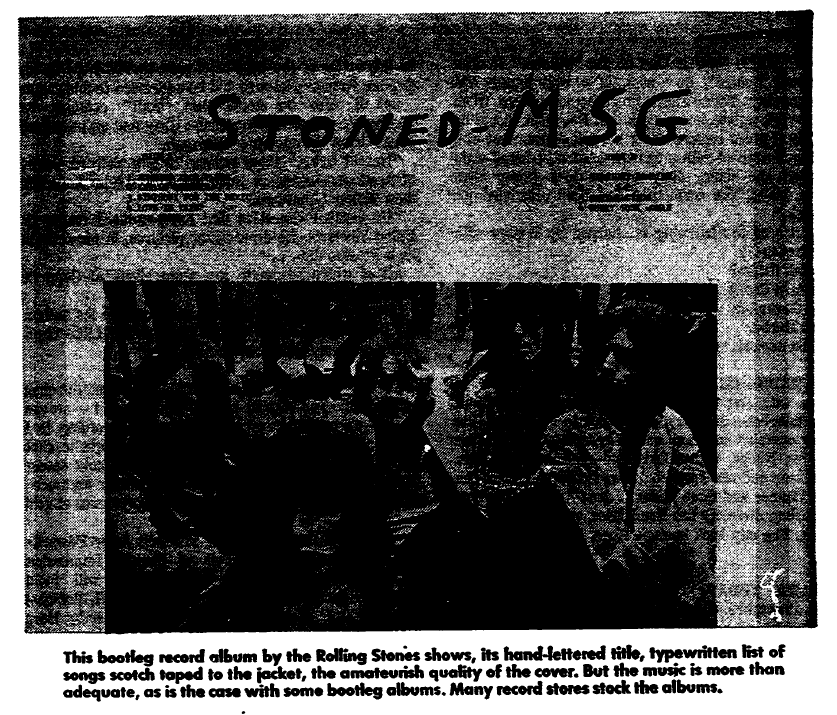 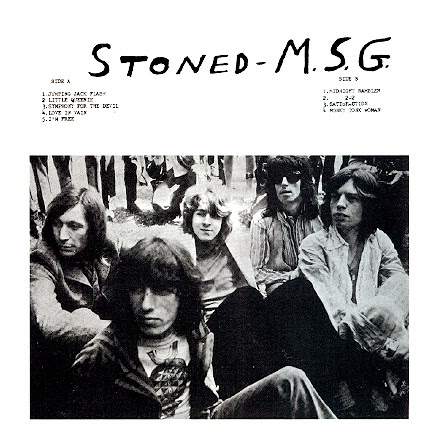 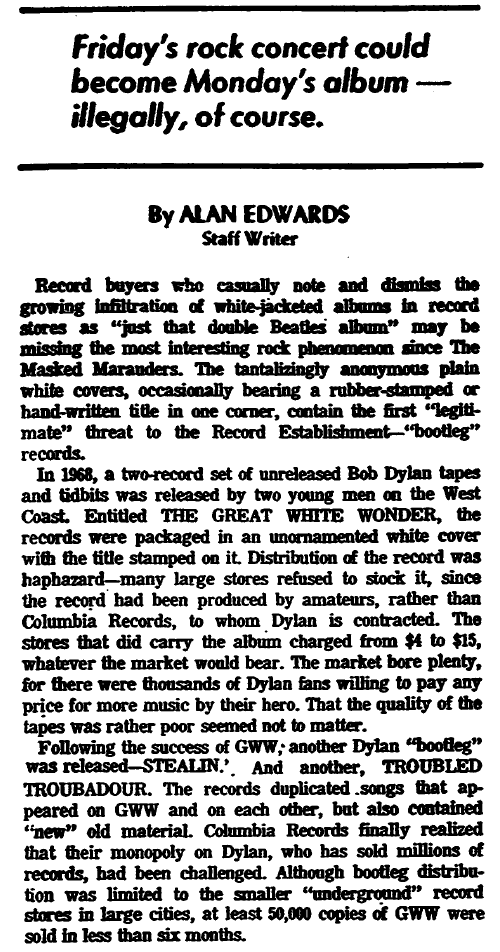 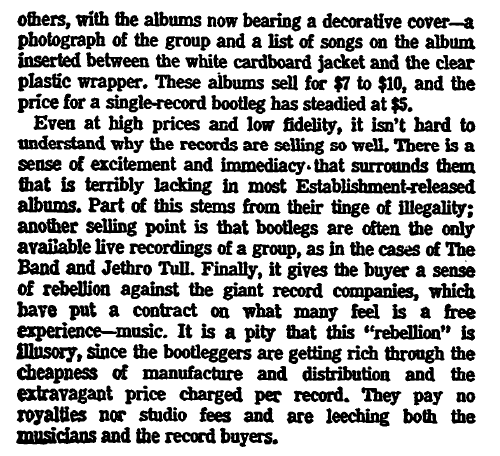 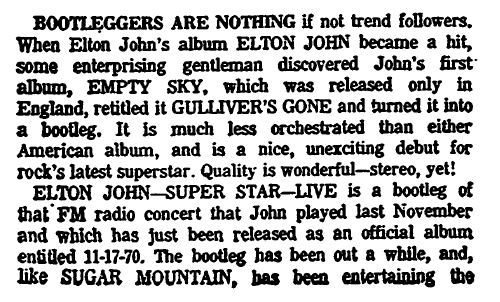 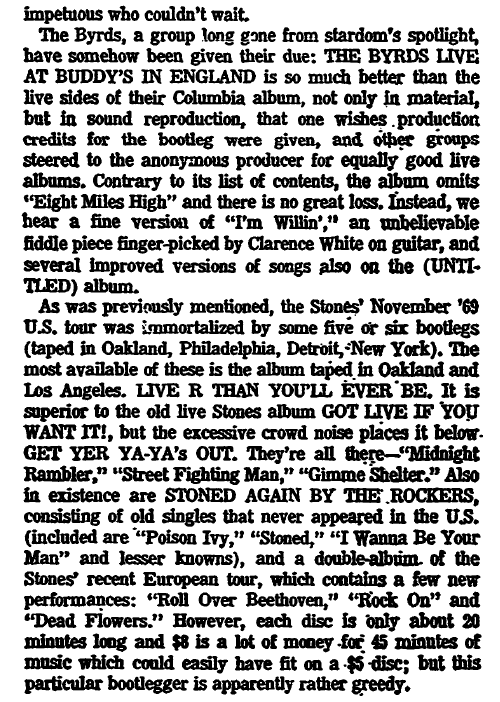 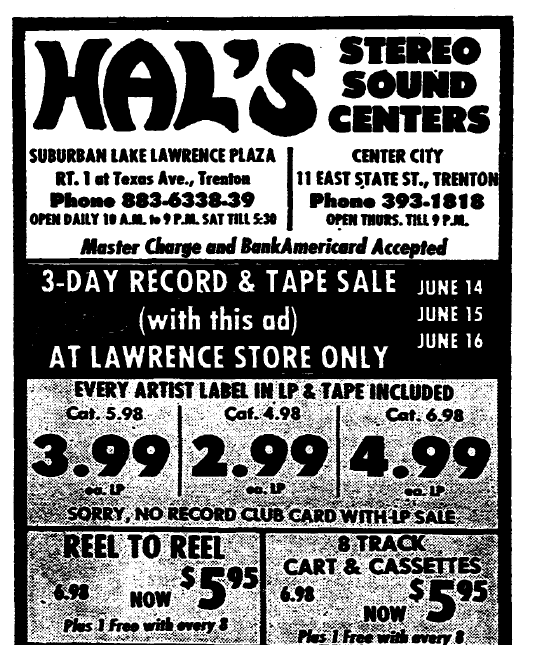