The last few weeks I've been hanging out in downtown Knoxville. Today, I decided to take some photos with the BlackBerry. I don't know the names of these buildings. The sculptures are in and around Krutch Park. The painting/mural is on the south side of Wall Street, very near Gay Street. Enjoy them. I did. 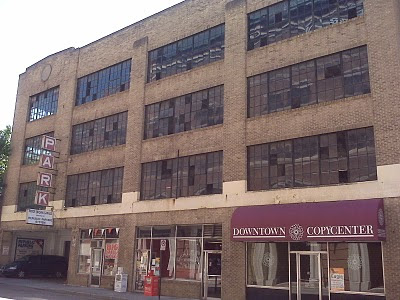 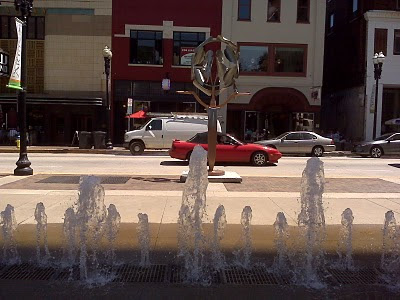 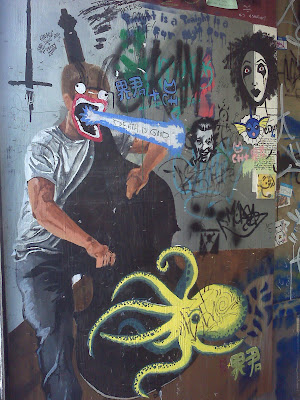 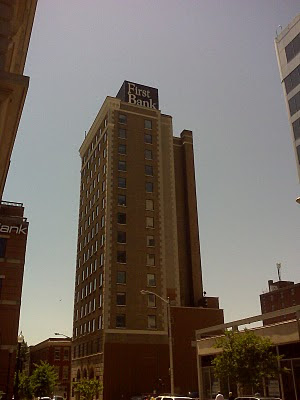 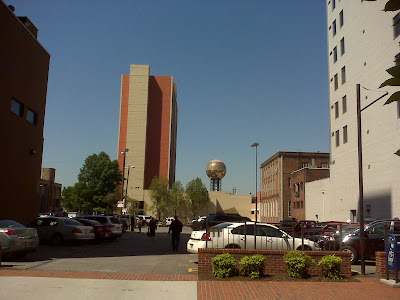 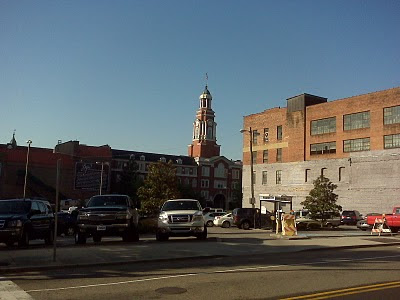 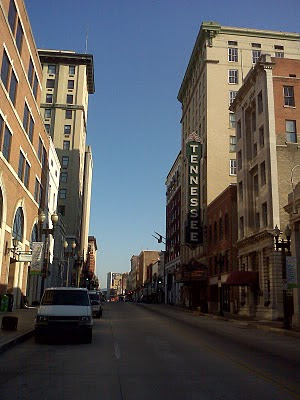 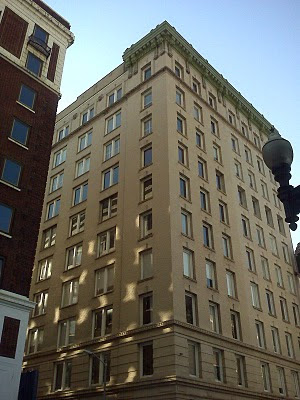 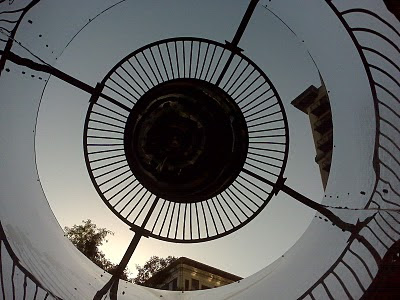 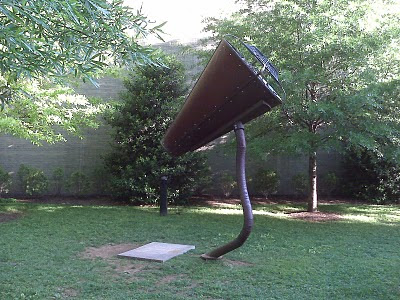 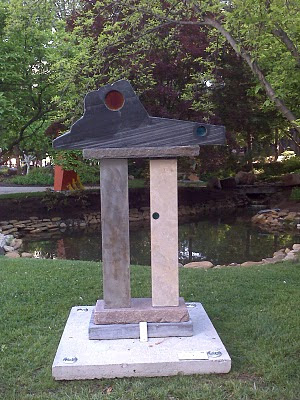 Caroline has a new pacemaker. She gave us quite a ride this weekend. It started Thursday evening. She wasn't feeling well and was very lethargic. A trip to ETCH's ER showed us why. A lead on her pacemaker had fractured and the firing signal wasn't getting to her heart. The pacemaker tech confirmed the diagnosis. Both of her cardiologists showed up. Quick, but thorough consultations resulted in a decision to move her to another hospital in town.
She was transported to the UT Medical Center where a new lead was inserted. Heart Cath type stuff. The surgeon was able to juggle his schedule and Friday afternoon her old pacemaker was removed and a new one was inserted. 5-1/2 years of newer technology. Better battery life. Slimmer design.
The surgeon was able to perform the procedure without having to crack any bones. I saw her in recovery an hour or two after surgery. She recognized me, gave me a kiss and said, "I love you, fish head." We try to discourage her from that, but I told her it was okay.
On Saturday she was released, right after lunch. She's on simple, over the counter pain meds and a prescription antibiotic. She's still tender, but spent a day playing, watching videos, enjoying family.
I'd like to thank the surgery team, her cardiologists, the pacemaker tech, the nurses and hospital team, the transport team. I'm sure that I forgot somebody on the professional end.
I'd like to thank my family. Angie spent two nights, with her mom, at the hospital. Edison was a trooper. Jeff and Mary were a blessing to have as stabilizing force, as well as having good sense. Barb and Caitlin brought food. Many friends sent their well wishes and prayers. A few special friends visited Caroline at UT. Jim, my father-in-law, was there throughout, shuttling cars and people. He did more than that. He's seen a lot in his life and knows the power of God.
Even though I'm clueless as to the procedures that Caroline went through and exactly how the stuff works, I'm grateful for God's power and grace.
God is Good.
Posted by Mark Aubrey at 9:59 PM 2 comments:

I just read an AP story that discusses a way to save money by changing fonts.

The standard advice for trimming printing expenses still applies: Print in "draft mode," if you can. Use both sides of a page and do a print preview to make sure you're not printing pages with useless text such as a copyright line. Using an ink-saving font is just one more technique to consider.

And the greenest way to save on ink is not to print at all.

Now, I'm all in favor of saving the earth, saving money and casual tree hugging, but copyright lines are not useless text. Here's what it says at the bottom of the story's web page...

My guess is that the writer, Dinesh Ramde, might want to have a small meeting with his editor. But, if the editor let this get through, perhaps they both might want to seek out their boss before the boss seeks them out.

And no, I did not get any prior written authority from The Associated Press to use the few lines that I did. Quick, call the copyright police. Oh, no. Wait. Those are just useless text. I guess I can do whatever I want to.

And that © image at the top? Courtesy of McDutchie who released the image into the public domain a little over three years ago. Interesting that a copyright symbol doesn't have a copyright. Well, I guess it technically does, but you know what I mean.
Posted by Mark Aubrey at 1:33 PM 1 comment: