The desktop PC went flaky on Saturday.  We had a power failure.  I had to reset the power strip.  And even then it didn't want to turn on.  Finally it did.  But things weren't quite right.
Lately, our ISP (Charter Communications) has been goofy.  The cable TV works well.  But it appears that the DNS isn't working correctly for Charter.  This was confirmed to me by one of my coworkers today.
After spending a half hour on the phone with Charter's tech support, and getting nowhere, I did some searching on my own.  It seems that OpenDNS could be an answer for us.

They not only do the right thing with regards to Domain Name Service, they also allow you to filter content and perform customization for your network.

That's all for now. I'm back to getting the router going.
Posted by Mark Aubrey at 9:31 PM 1 comment:

Girl's gotta have a grill 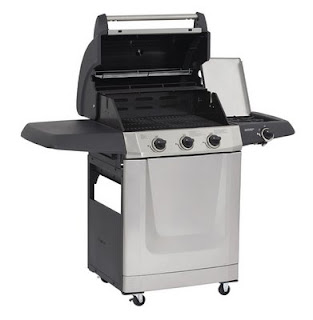 Lots of shiny stainless steel. It was on sale at Lowes. Tonight we grill.

Normally I don't shill for TV shows. But this one has captured me so much that I'm willing to do that.

The beginning of last night's episode was some of the best television production that I've seen in a long time. No, I can't describe it. Well, I could, but if you haven't seen it, my description would take away from the actual show. I don't want to ruin it at all.

Next Wednesday night is the series finale. I'm not one of those who will sign a petition to keep it on the air. I think that ABC and the producers did a the right thing in keeping it to a single season.

Today Angie and I started the refinance phase on our house. I won't go into all the details but to say that we've been on a 20 year mortgage for two years. We refinanced for a 20 year note, but the reduced interest rate means that we'll be paying less each month and over the next two decades we'll have paid less than we would have on the remaining 18 years.

We've been talking with our mortgage guy, Fred, for the last month or so. He locked in the rate. Then I had to go to northern NY. Then he had a vacation scheduled. Today was the day for the first round of signing papers. We had to provide bank statements, W-2s and pay stubs.

I had them all. Except for the 2008 W-2s. I found this out about 15 minutes before the meeting. Racing home, I called Angie to let her know that I might be a few minutes late, but it would be okay, because I knew where the papers were.

Not finding them and already ten minutes late for the meeting about five miles from the house, I called Fred. He explained that it would be just fine to get them to him later.

I felt sick to my stomach and wanted to cry. Yes, that bad.

We signed the papers and returned to work. Angie assured me that we'd find them. I wasn't so sure.

Work was tough this afternoon. Mostly because I was ill about not knowing where our tax info was.

After getting home, I found the papers in the fourth place they should have been. Now I need to scan them and email them to Fred.

That'll teach me to get organized.

The trip to the North Country was nice.  Grammy's death was final, but not sudden.  The love that our family (both real relatives and family friends) showed was overwhelming.
The weather wasn't as bad as I thought it might be.
I won't take you day by day or meal by meal, but the days were long and the meals were good, from Rambach's Bakery to The Great Adirondack Soup Kitchen. 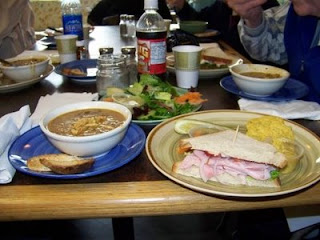 I saw Kite Skiing and Maple Sugaring.  I enjoyed laughter and endured tears.  I was with my family and I missed my family. 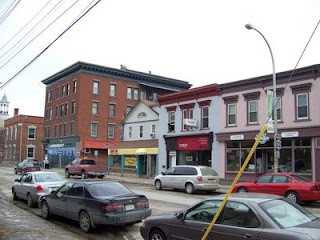 I know why I miss the North Country.  I also know why I'll probably never live there again.
But it was good to be there.  For many reasons.
Posted by Mark Aubrey at 12:01 AM 1 comment:

Another one called home

I received a call very early this morning from the night nurse at the nursing home where my grandmother was staying. Connie was calling to let me know that Effie had passed away.

I haven't found the words to express myself, so I'll use the easy way out. Here's a blog entry about her from last year.