The United States Congress has designated March 25th of each year as National Medal of Honor Day, a day dedicated to Medal of Honor recipients. I'd like to share a bit of the Rev. Francis B. Hall's story through his obituary.

The sermon continues for several more columns.  Rev. Hall was laid to rest at Riverside Cemetery in Plattsburgh.


images from the Northern New York Library Network
Posted by Mark Aubrey at 11:06 PM No comments: 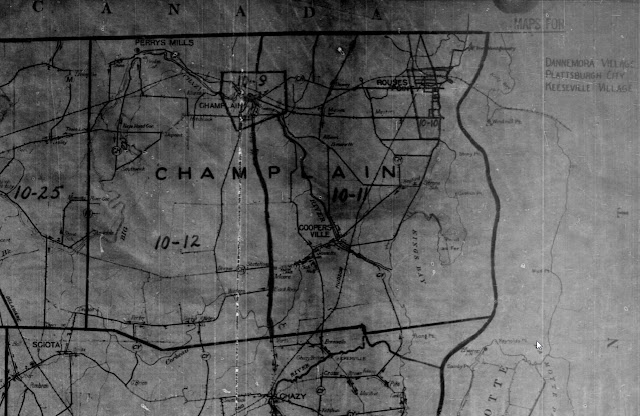 Posted by Mark Aubrey at 8:31 PM No comments:

A good friend of mine had this conversation on facebook on Wednesday. I lifted it without asking, but did take the time to pixelate.  Okay, I did ask, sort of.  I let Doug know that I was doing it. 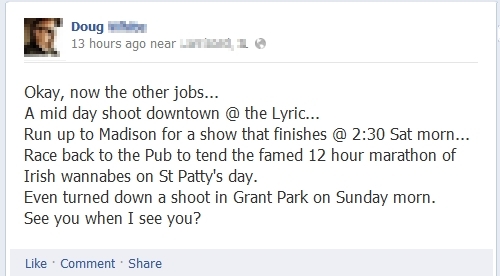 That got me thinking, was Doug correct?  It sounds plausible, but I've known Doug for some 25 plus years and he's been known to try to pull one over on people.

So, off to the online dictionaries...


Seems that Doug is right.  But I wanted to see a photo of one.  A bit more searching produced this, with a reference to the Irish Echo newspaper.


I think that this a modern photo that was grained up.


A bit more information.  But when did the term come into use?  I'll get to that soon, but some other images caught my eye.

In 1968 Monogram produced a plastic model.


MPC also came out with one that same year.


The Word Detective says this:


Just Don't Get Me Started on "Welsh"

Dear Mr. Morris: Last Sunday afternoon, I heard a discussion on a radio talk show about the use of the term "paddy wagon". The host insisted that the term is a terrible slam against the Irish. He likened it to using "wop" against an Italian. A caller, who was Irish, disagreed, saying that the term "paddy" came about because of the nickname for the policemen who were nicknamed after St. Patrick and "wagon" just referred to the vehicle they used to pick up the people who were creating a disturbance. Can you shed any enlightenment? -- Jo Kozlowski, via the internet.

Certainly. I shed enlightenment the way my cat sheds fur -- in great orange clumps. I've never figured out, since we're on the subject (involuntarily, in your case), how cat fur ends up inside the microwave. Does he make popcorn the minute I leave the house? Is he whipping up dinner for all his pals while I'm gone? Is that where all the instant mashed potatoes went?

As far as your question goes, you have already heard the two likely answers, and no one knows which is the truth. The use of "paddy wagon" as a slang term for a police van dates back to the 1920's, and seems to have originated in either New York City or Philadelphia, cities which had both large Irish immigrant populations and largely Irish-American police forces during that period.

It is true that "Paddy," a familiar form of the common Irish name Padraic (or Patrick) was used in the 19th and early 20th centuries as a generic, and often uncomplimentary, term for an Irishman, both in the U.S. and England. But while "paddy" certainly was used as an insult in the past, and Irish immigrants were without doubt the victims of discrimination, I think that it takes a pretty thin skin to find a grave insult in the term "paddy wagon." Among other things, the fact that it remains unclear whether the "paddy" involved was the arresting officer or the miscreant being arrested rather clouds the logic of taking offense. That "paddy" is also used in non-pejorative contexts ("Saint Paddy's Day") has also largely robbed the word of its sting, which is not the case with words such as "wop," which have always been, and always will be, grave insults.

So maybe Doug is half right.  But when did it all start?


Looking through the Library of Congress' Chronicling America, I found a few early entries for "paddy wagon".


Here's an audio clip of William McKinley from 1896, courtesy of Archive.org.


But these seem to refer to the payoff of some election bet.  Who would bet having to push someone around in a wheel barrow?  I guess I've seen worse.

Wondering what could be found at Google Books?  Three mentions of what one would conjure in their minds if they heard the words, Paddy Wagon.  The police vehicle.

What did other papers say about it?

There are many more instances of the term being used in the news.

So, where does that leave us?  The term Paddy Wagon seems to have entered the reporters' vernacular in one meaning in 1896, but the more common usage doesn't show up in print (based on my research) until 1912.  It then seems to be more wide spread in the 1930s.  I personally haven't heard the term used for years.

Does this exercise pinpoint the origin?  No.  Does it perhaps shed some light?  Sure.  We'll go with that.
Posted by Mark Aubrey at 10:30 AM No comments:

images from Chronicling America and the California Digital Newspaper Collection
Posted by Mark Aubrey at 11:10 PM No comments:


After mustering out, he served with the New York Second Veteran Cavalry, Company H.

images from Ancestry.com
Posted by Mark Aubrey at 12:15 PM No comments: