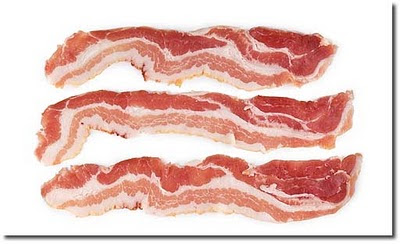 I have been in contact with Stephanie from the Knoxville Symphony Orchestra the past few months, mostly to keep up with the Annual KSO Blogger's night. There was talk that it was going to be two weeks ago, but other events overtook that.

Now, it is official. On Thursday, Feb. 25th. As part of the Moxley Carmichael Masterworks Series they will be presenting Shakespeare in Love. Conductor Lucas Richman has selected three pieces based on William Shakepeare's works. Actors from the Clarence Brown Theatre will be offering lines from the Bard while the music plays.

Now, being the conspiracy theorist that I am (tongue in cheek), I would be remiss if I did not bring up the fact that Sir Francis Bacon wrote most, if not all the works attributed to William Shakespeare (link). Could it be that Maestro Richman knows of this and is presenting the works of MacDowell (Hamlet and Ophelia), Tchaikovsky (Romeo and Juliet Fantasy-Overture) and Mendelssohn (A Midsummer Night’s Dream) to an unsuspecting audience? It is well known that those three hacks had plagiarized anything and everything that they could from their students. Really, can you tell me another piece that MacDowell wrote? Didn't think so.

I postulate that there was another composer behind all three men and played them as pawns in the game musical greatness. I have not yet completed my investigation into this but hope to by Thursday, February 25th. Until then, pass the bacon.
Posted by Mark Aubrey at 10:53 AM 2 comments:

The Good, The Bad, and The Forgiven

On Saturday I attended a men's conference at Sevier Heights Baptist Church. FeedYourFaith.org organized the event.
Scheduled speakers included Michael Franzese, Hallerin Hilton Hill, Burt Rosen and Dr. Voddie Baucham.
I say scheduled because Michael Franzese didn't make it to the conference.
The conference started without him just fine. A band of young men, fronted by Josh Hilliker. Their music was guitar driven and carried the worshipful respect that is due God.
Hallerin Hilton Hill spoke about Wrestlemania. What do we as men wrestle with? How putting out schemes before God's plan don't work. How the fight is fixed and we don't need to fear.
Burt Rosen, President and CEO of Knox Area Rescue Ministries, shared his story and how he came to be in Knoxvile, that "God forsaken city." Very moving and reminded me that we should not worry about the 'bell-wearing unclean.'
Dr. Voddie Baucham spoke in two sessions. His topic was centered around Folklore Theology and how American Evangelicalism has watered down the Gospel, if they share it at all. The second session dealt with what the Bible says about being a Christian. Here are some of his sermons. This topic isn't yet available, but should be out next month.
About 12 men from our church attended. It was fun to get to know them better and break bread and the Word of God together.
Posted by Mark Aubrey at 11:25 AM No comments: