There's a new guitar store in Knoxvegas. I was privileged to meet one of the owners, Jason Raggett, on Thursday night. Angie and I were representing DSAG at the VIP Night of the WIMZ Classic Rock Art Show.

Scott Segelbaum, of Rock Art Show, put the show and sale on. WIMZ hosted it and a portion of the proceeds will be given to DSAG. We are very grateful for for the support that they provide.

They deal in vintage, unique and boutique guitars and amps. Jason had about 10 guitars at the art show. 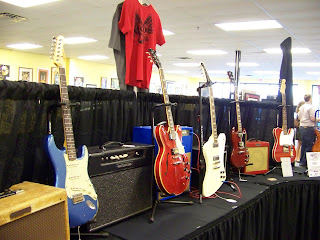 They had some very sweet Fenders and Gibsons. 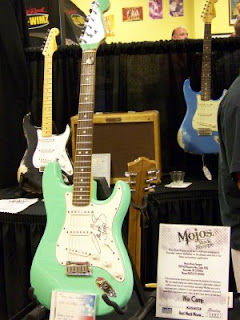 I was extremely taken by this Fender Custom Shop Esquire... 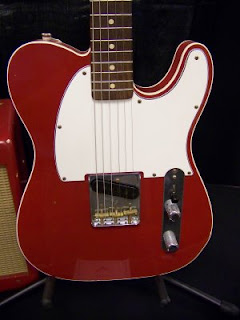 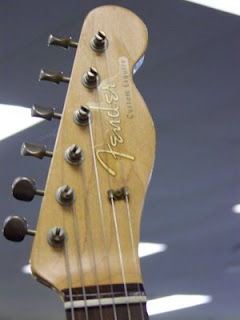 They also carry amps, including this original Fender Tweed... 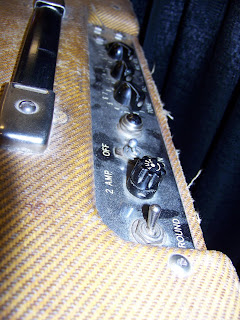 No, I don't know all the model numbers or specs but I do know that I like guitars. Jason was kind enough to spend some time with me, talking about their history and their philosophy. It seems like the right kind of fit for Knoxville.

I haven't been to Mojos Rock Shoppe yet, but I will. And I'll take Edison. Hopefully he'll love it as much as I will.
Posted by Mark Aubrey at 10:17 PM

Neat! That green guitar reminds me of a 50's version of pistachio plastic - but it still looks good.